To start the new year, thought I'd look at what has driven the California house price appreciation and what we could expect in 2022.

First off, a look at California's year over year decelerating (now declining) change in population (blue columns) vs. annual housing permits for all size of housing units (maroon columns). But more important than the population change is reviewing what impact this is having on different age segments. 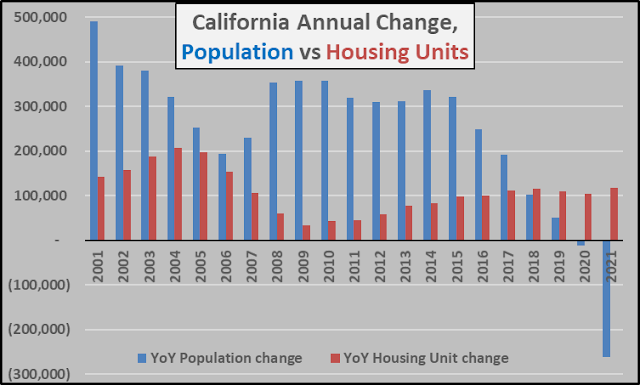 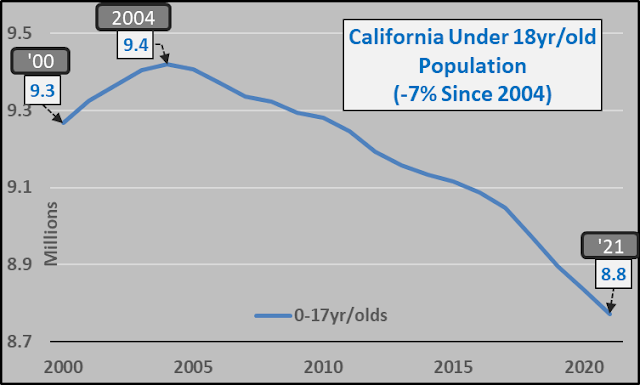 Widening out to see all the year over year population change, by age groups below.  As noted, under 18 year old age group began declining in 2004, 18 to 64 year old working age population decelerating growth turned to outright declines in 2018 and those declines only accelerating now. The sole engine of population growth in California, 65+ year olds, has decelerated primarily due to or in conjunction with Covid. 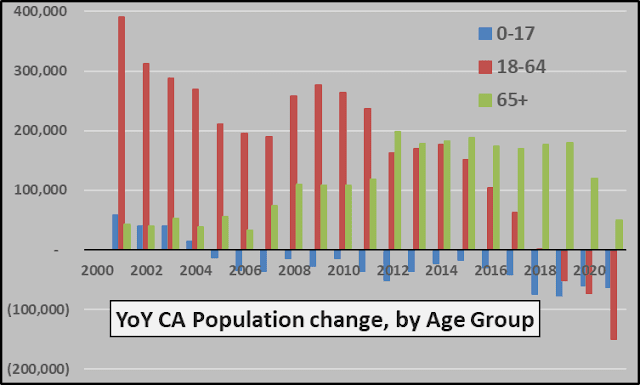 To show how abhorrent the current price increases are, follow the total decrease in employees over the past two years vs soaring housing prices...like nothing California has previously seen. 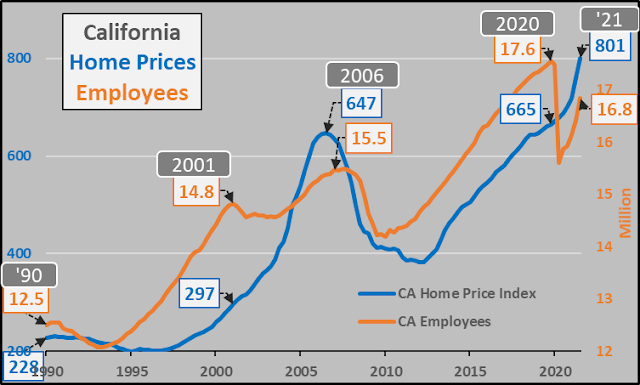 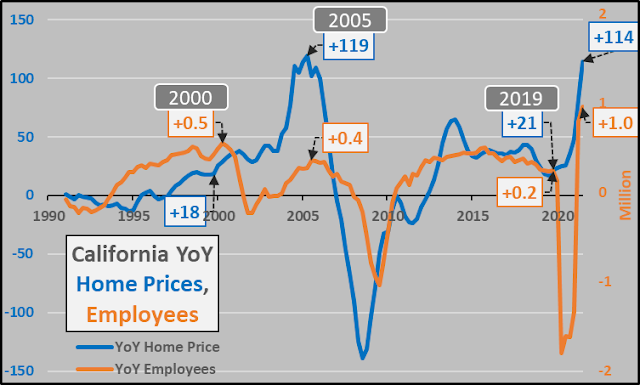 2- Same as above but adding in the Federal Reserve set interest rate (impacting mortgage rates). The three most recent periods of prolonged extremely low FFR% have coincided with massive housing appreciation. 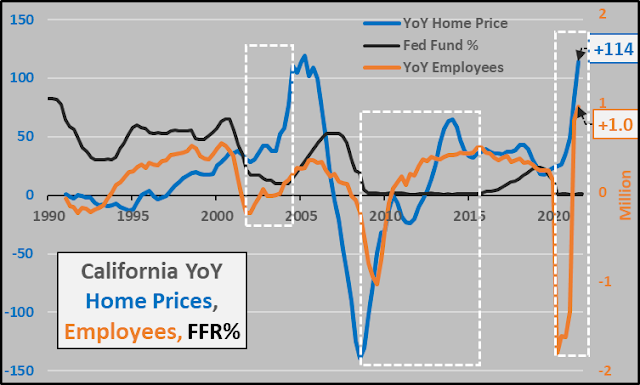 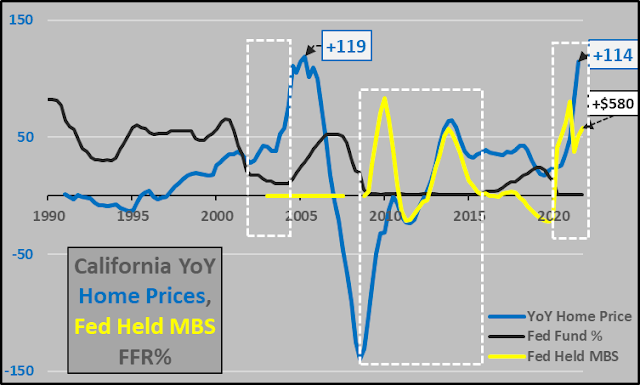 So as potential for further employment growth in '22 is little to nil thanks to full employment amid a declining working age population, as the Federal Reserve is tapering QE (MBS as well as Treasury purchases end before April, '22), and the Fed is discussing rate hikes by mid '22...there is nothing but a terrrible outlook for California's housing market. 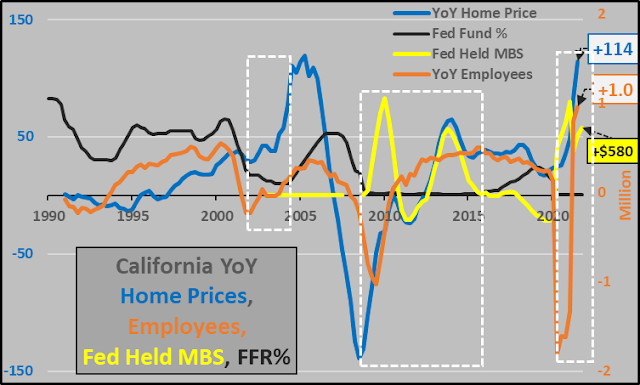 Typically, when something as obvious and terrifically financially/economically destructive lies directly ahead...the Fed has three choices. 1) Let it all blow. 2) Come up with a whole new set of acronyms to avoid a free market outcome. 3) Do a little of #1 and then go all in on #2!?!
Posted by C Hamilton at 2:02 PM