Japan...Centrally Engineered Canary in the Coalmine

To begin, the rise, peak, and ongoing fall of Japan's working age population of 15-64 year olds and employment among them (below). Note the Bank of Japan (BoJ) interest rate policy went down as population growth decelerated and then hit zero when population growth (consumer demand) peaked...and rates have remained at zero ever since, going on twenty-five years now. 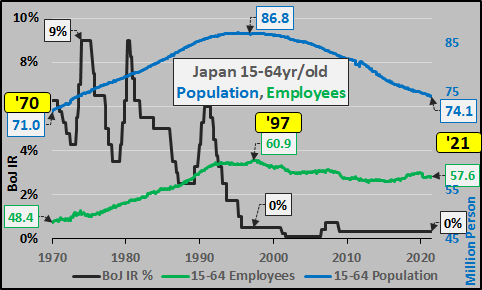 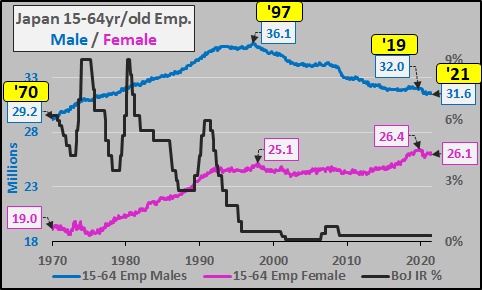 Checking the percentage of employed Japanese 15 to 64 year old males and females is pretty instructive. There seem to be limits that even central bankers can't overcome. Only so much of a population can/will work. 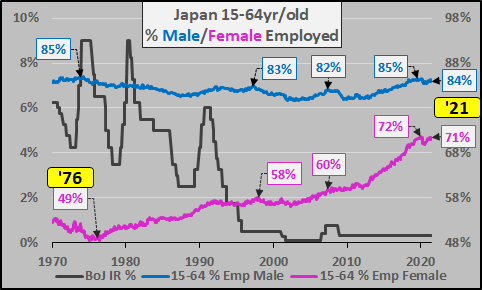 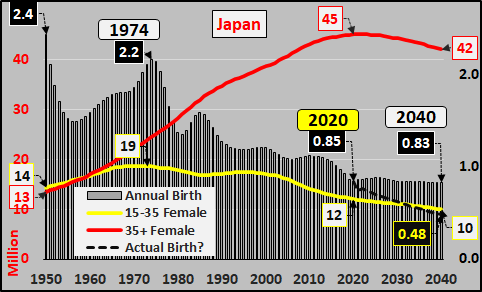 Be that as it may (that Japan is in indefinite decline), this is to discuss Japan's present. And Japan is likely to bump up against peak employment (as Japan did in 2019). 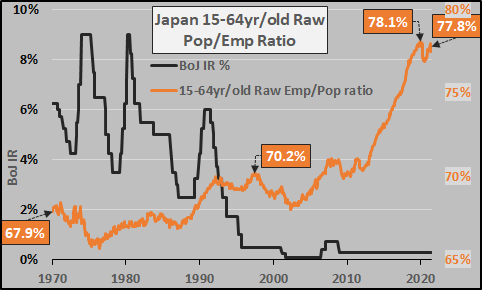 But what is not going down, since 2012, are Japanese asset prices. Below, looking at year over year change in the 15 to 64 year old population (blue), BoJ discount rate (black), Nikkei 225 (yellow), and BoJ assets (red). The three decades of declining Nikkei mirroring the decelerating and then declining working age population...until the BoJ went all-in on quantitative easing, in 2012. 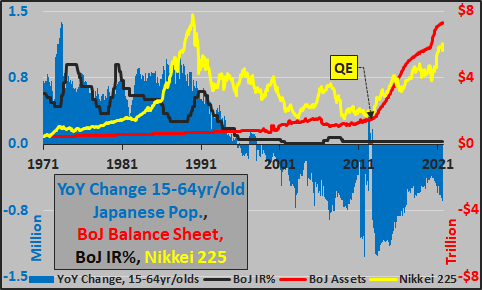 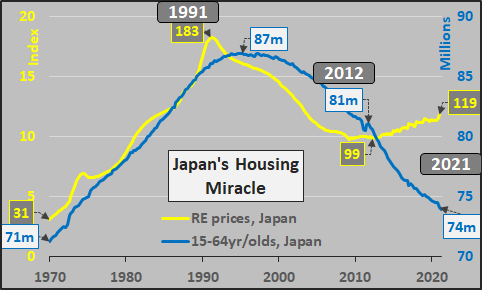 Adding in the BoJ's discount rate and quantitative easing. The end of "free markets" and beginning of central determined asset prices is in your face. 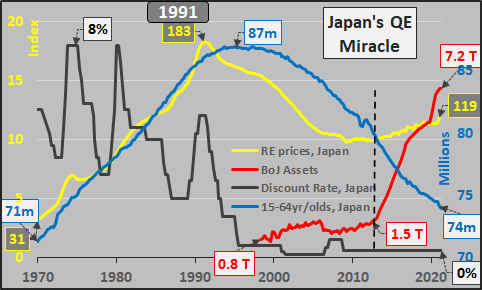 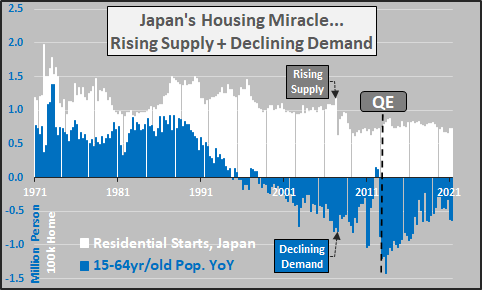 Adding in the year over year changes in residential housing prices. 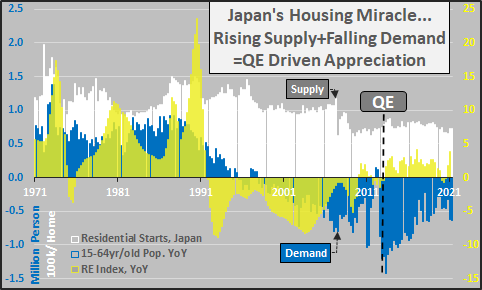 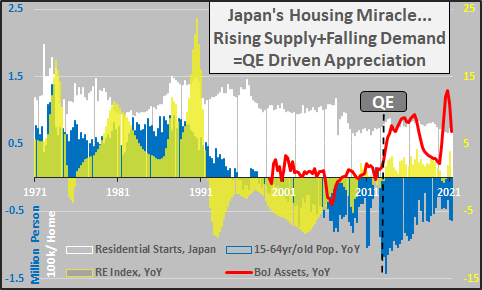 Anyway, the point is, if demographically "endangered species" Japan can continue building out new housing against a secularly falling population and engineer stock and home price appreciation...then what is to stop any and all central banks from doing the same? Just don't expect free markets to make a return so long as central banks exist.
Thought I'd throw in a couple of extra credit charts...Japanese year over year change in working age (green columns) vs elderly (grey columns), discount interest rate (black), debt to GDP ratio (red line), BoJ assets held (blue line), and Nikkei 225 (yellow line). Essentially, debt didn't move markets...QE does.

PS - all this goes for the EU, US, and most advanced/developing economies...plus almost surely this will go for China.
Posted by C Hamilton at 10:08 PM